The Quantum Physics of Dreaming

The revelations emerging from quantum physics are a doorway into the dreamlike nature of reality. 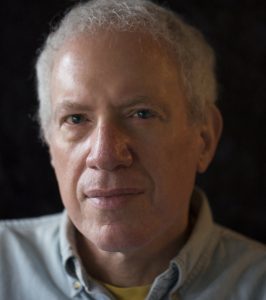 In showing us the creative nature of our perceptions, quantum physics is shedding light on the enormous, mostly untapped power we have to “dream up” our experience of ourselves and our universe. The revelations emerging from quantum physics are a doorway into the dreamlike nature of reality. The quantum gnosis is extremely psycho-activating, in that it activates the psyche as well as liberating the creative spirit within us in ways that were previously unimaginable. Though seemingly esoteric, the revelations emerging from quantum physics have enormous implications for our day-to-day lives.

In 1981, catalyzed by an intense family trauma, Paul Levy had a life-changing spiritual awakening in which he began to recognize the dreamlike nature of reality. During the first year of his spiritual emergence, he was hospitalized a number of times and was told he was having a severe psychotic break from reality and (mis)diagnosed as having a chemical imbalance. He was informed that he had what was then called manic depression (now called bipolar disorder) and that he would have to live with his illness for the rest of his life and would need to take medication until his dying breath. Little did the doctors realize, however, that he was taking part in a mystical-awakening/shamanic-initiation process, which at times mimicked psychosis but in actuality was a spiritual experience of a far different order that was completely off the map of the psychiatric system. Fortunately, over time he was able to extricate himself from the psychiatric establishment so that he could continue to unfold his inner process of awakening and discover his calling. A pioneer in the field of spiritual emergence, Paul is a wounded healer in private practice, assisting others who are awakening to the dreamlike nature of reality. He is the founder of the Awakening in the Dream community in Portland, Oregon. A long-time Tibetan Buddhist practitioner, Paul was the coordinator of the Portland PadmaSambhava Buddhist Center for over twenty years. Among his books are The Quantum Revelation: A Radical Synthesis of Science and Spirituality and Dispelling Wetiko: Breaking the Curse of Evil.

Back to Trainings
Scroll to Top